Some animals mimic the body coloring or actions of poisonous or bad tasting prey to benefit from that protection. Some animals enlarge themselves to discourage predators. Others try to startle a predator with a loud hiss, a flash of color or leaping. This is adaptive behavior.

Try the two activities below to test your understanding of adaptations. 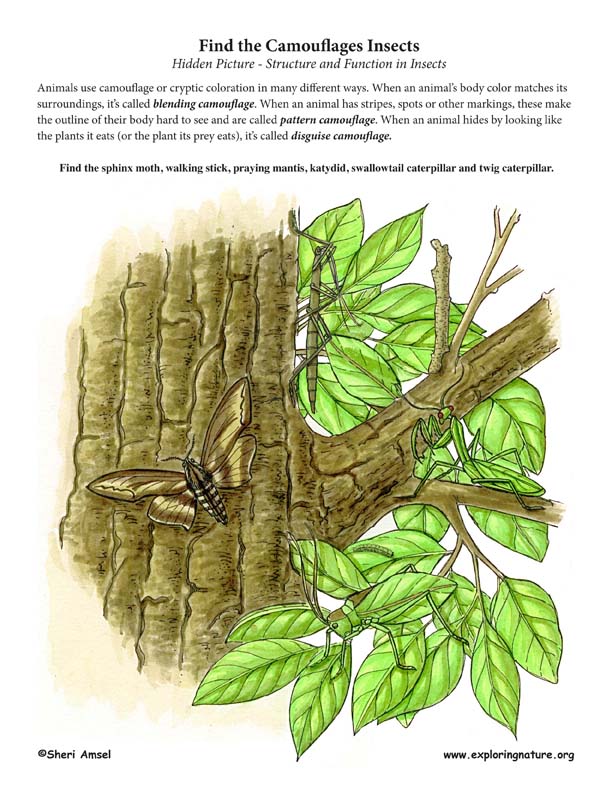 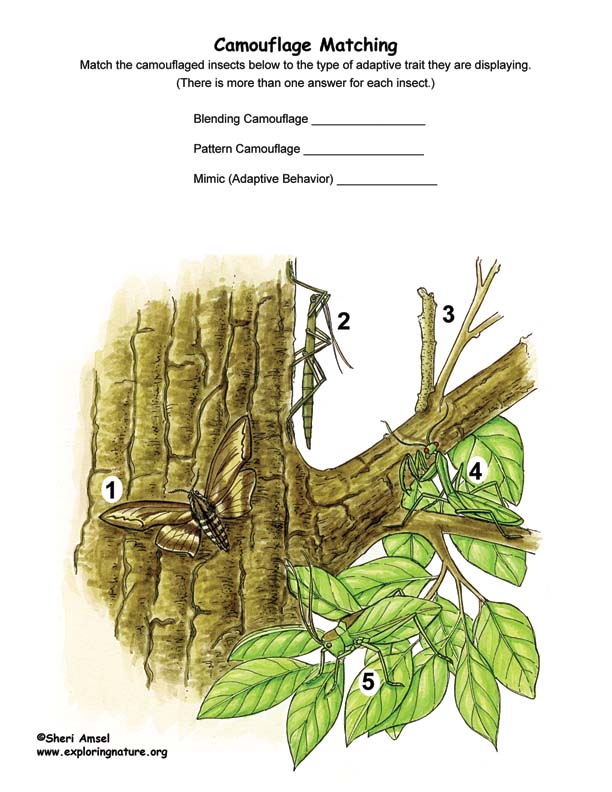 ©2005-2023 Sheri Amsel. All rights reserved.
The material on this site may not be reproduced, distributed, transmitted, cached or otherwise used for anything other than free educational use. It is not to be used for sale or profit of any kind. If you are unsure whether your use of site materials violates the exploringnature.org copyright, contact Sheri Amsel for prior written permission at sheri@exploringnature.org. Thank you for respecting copyright laws.
Site Developed by Eli Madden
Page ID: 1282
IP: 18.207.238.28