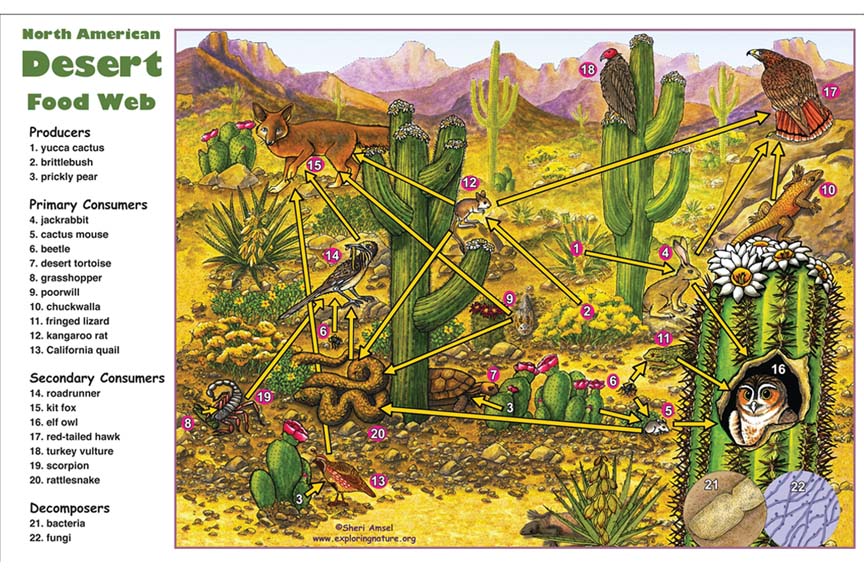 To understand the Desert Food Web, first read about the Desert Biome using this link.

Now study the Desert Food Web Illustration below (online or by printing out the high resolution pdf). Note the different species and where they fit into the food web trophic levels decribed above. 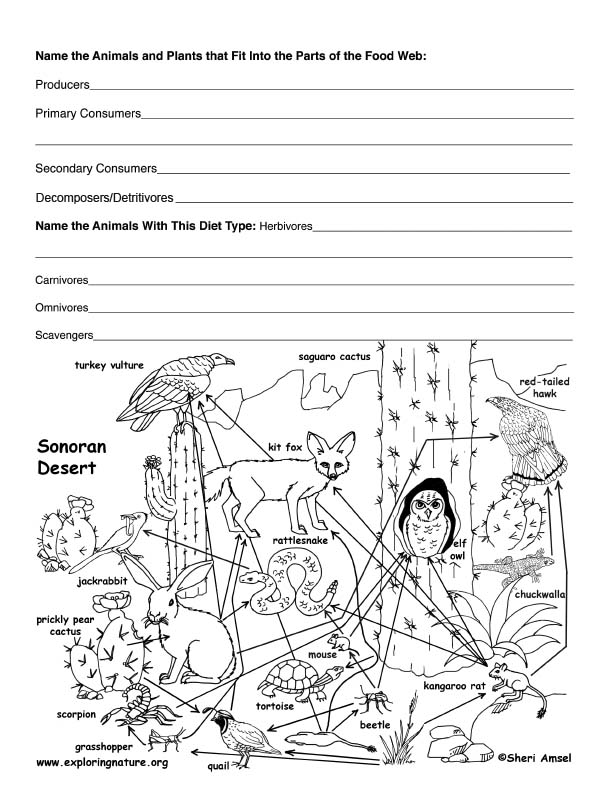 ©2005-2022 Sheri Amsel. All rights reserved.
The material on this site may not be reproduced, distributed, transmitted, cached or otherwise used for anything other than free educational use. It is not to be used for sale or profit of any kind. If you are unsure whether your use of site materials violates the exploringnature.org copyright, contact Sheri Amsel for prior written permission at sheri@exploringnature.org. Thank you for respecting copyright laws.
Site Developed by Eli Madden
Page ID: 1317
IP: 44.192.47.87