Agouti - A Keystone Species in the Amazon Rainforest - Performance Task

The agouti are shy rodents that live in the Amazon rainforest. There is one thing that the agouti does that makes it stand out among other forest rodents. When an agouti chews through a seed pod and releases its seeds, it eats some of them and buries the rest for later. Sometimes the buried seeds grow into new plants and trees. This has earned the agouti the nickname – seed spreader. This behavior has also made the agouti an important part of the Amazon rainforest habitat. Their role is so important that scientists call the agouti a keystone species. That means that if the agouti disappeared, it would affect the ecosystem in a big way.

After reading about the keystone species, create a descriptive brochure about them. Describe where to find them (range), in which kinds of habitats, what they look like (physical traits) and eat (diet). Include how they affect the other organisms that live near them. Most importantly, include the vital role they play in their ecosystem and if they are endangered.

Read more below and create a descriptive brochure about them. 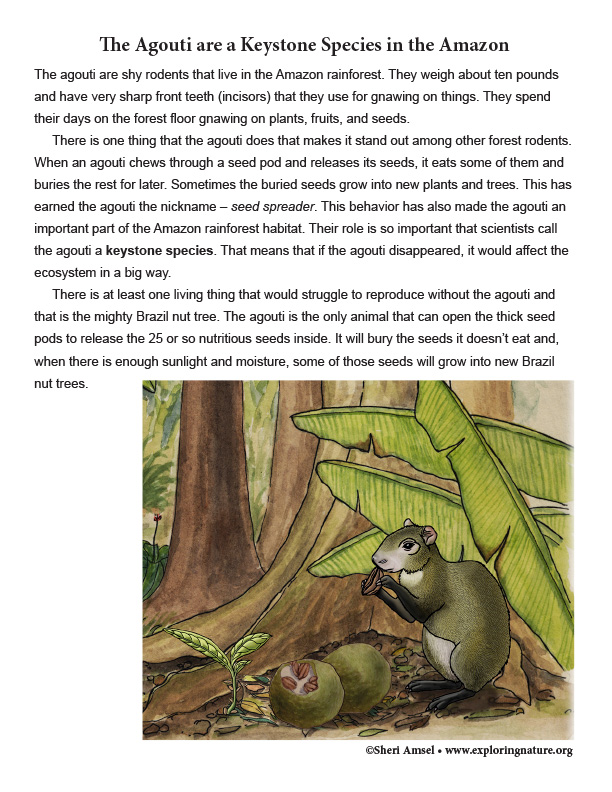 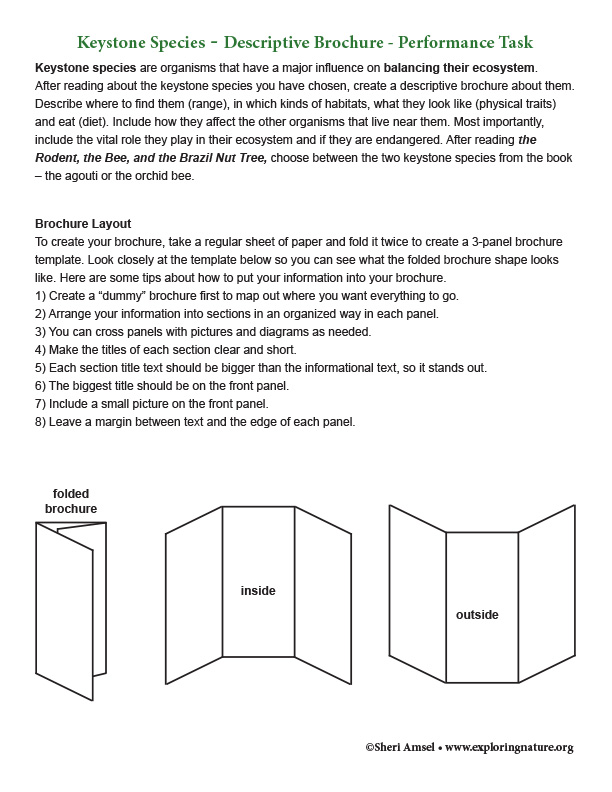 ©2005-2022 Sheri Amsel. All rights reserved.
The material on this site may not be reproduced, distributed, transmitted, cached or otherwise used for anything other than free educational use. It is not to be used for sale or profit of any kind. If you are unsure whether your use of site materials violates the exploringnature.org copyright, contact Sheri Amsel for prior written permission at sheri@exploringnature.org. Thank you for respecting copyright laws.
Site Developed by Eli Madden
Page ID: 6443
IP: 44.200.137.63