The Province of Ontario is found in southeastern Canada above the Great Lakes and between Manitoba and Quebec. Ontario contains Ottawa, Canada's capital, and Toronto, the Province Capital and Canada's most populated city.
Ontario is a huge province covering about 260-million acres (415,600 square miles or 1,076,400 square km). Two thirds of Ontario is covered by forest – boreal forest in the north and hardwood and mixed deciduous forest in the south. There are 213 million acres (862,000 square km) of boreal forest making up 15% of Canada's boreal forest. The territory has a herd of 5,000 woodland caribou and is breeding ground for more than 250 species of birds. As many as 400 million birds breed there each year.

In the Hudson Bay Lowlands in northern Ontario, the land is flat and wet with thousands of small lakes, sporadic forest, and expanses of open muskeg (bogs and fens). It has subarctic barrens with black and white spruce, tamarack and willow trees. This area has about 20% of Ontario's forest and wildlife like: woodland caribou, polar bear, arctic fox, and arctic hare. It is a region rich in summer habitat for breeding migratory birds. Few people live in this region.
South of the Hudson Bay Lowlands is Ontario's Boreal Forest covering 125 million acres (50 million hectares). This huge region has two thirds of Ontario's forest with black and white spruce, jack pine, balsam fir, tamarack and eastern white cedar, poplars and white birch. This region is rich habitat for many species like black bear, wolf, lynx, moose, caribou and many birds.
South of the Boreal Forest is Ontario's Great Lakes-St. Lawrence Forest extending from along the St. Lawrence River across central Ontario to Lake Huron and west of Lake Superior along the border with Minnesota. The forest here is made up of white, red and jack pine, eastern hemlock, white cedar, white and black spruce, yellow and white birch, sugar and red maple, basswood and red oak. This region is rich habitat for many species like white-tailed deer, moose, black bear, wolves, pileated woodpecker, various migratory birds, beaver, muskrat, otter and many other mammals, birds, fish and insects.
Furthest south is a small region of Deciduous Forest including the Great Lakes-Saint Lawrence Valley and part of the Eastern Great Lakes lowland forests ecoregion. This is the most diverse of Ontario's forest and contains the species of the northern forests as well as black walnut, butternut, tulip, magnolia, black gum, many oaks, hickories, sassafras and red bud. Though a small area, only making up 1% of Canada, this southern region is home to more than 25% of Canadians and 90% of Ontario's people. Ironically, this rich, diverse region is stressed by high population and urban development. It includes Niagara Falls and the Saint Lawrence Seaway.

Ontario is also broken down by scientists into natural communities called "Ecozones."
Ontario is mostly Boreal Shield Ecozone. This huge ecozone stretches all across Canada with rolling hills covered in boreal forest. Millions of lakes were left by the retreat of the glaciers. These, along with with its abundant bogs and fens found throughout the region, make it a popular breeding ground for waterfowl. The forests here include: black and white spruce, jack pine, green alder, paper, white and dwarf birch, tamarack, balsam fir, quaking aspen, and balsam poplar. The region supports black bear, wolf, lynx, moose, barren-ground and woodland caribou, coyote, weasel, wolverine, river otter, red and arctic fox, muskrat, marten, mink, beaver, voles, red squirrels, and snowshoe hare.
In northeastern Ontario, along the Hudson Bay, is the Hudson Plains Ecozone. This region is a lowland plain dominated by wetlands – peat bogs and fens and with coastal beaches and mudflats. This is vital habitat for migrating birds. There is a permafrost and long, very cold winters. Summers are short and cool. Polar bears frequent the coastal region as do breeding waterfowl. Woodland caribou, moose, black bear, fisher, marten, and arctic fox roam the inland wetlands. Humans use the region for outdoor recreation, including ecotourism where they view wildlife.
South of the Boreal Shield is the Mixedwood Plains Ecozone. This region makes up less than 10% of Ontario, but contains mixed and hardwood forests, wetlands and some prairie. This is considered the northern end of the eastern temperate deciduous forest with trees like: eastern white and red pines, eastern hemlock, yellow birch, sugar maple, red oak, basswood and elm. The region has a rich diversity of wetlands adjacent to the Great Lakes and both the Ottawa and St. Lawrence Rivers - though many have been damaged or destroyed by development. Wildlife here includes: white-tailed deer, coyote, weasel, red fox, badger, raccoon, striped skunk, muskrat, beaver, woodchuck, gray squirrel and snowshoe hare.
This region is the most highly populated in Ontario, so much of the natural habitat has been converted to agriculture, recreation and urban development. 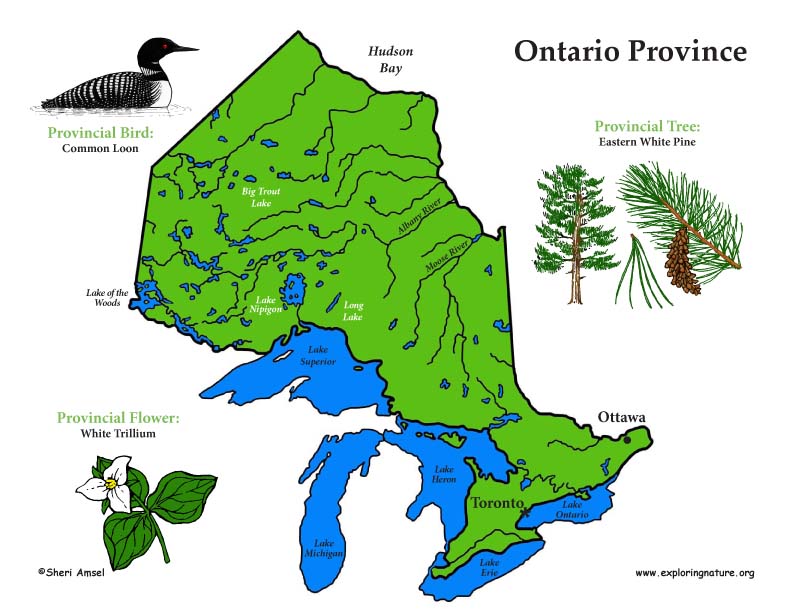 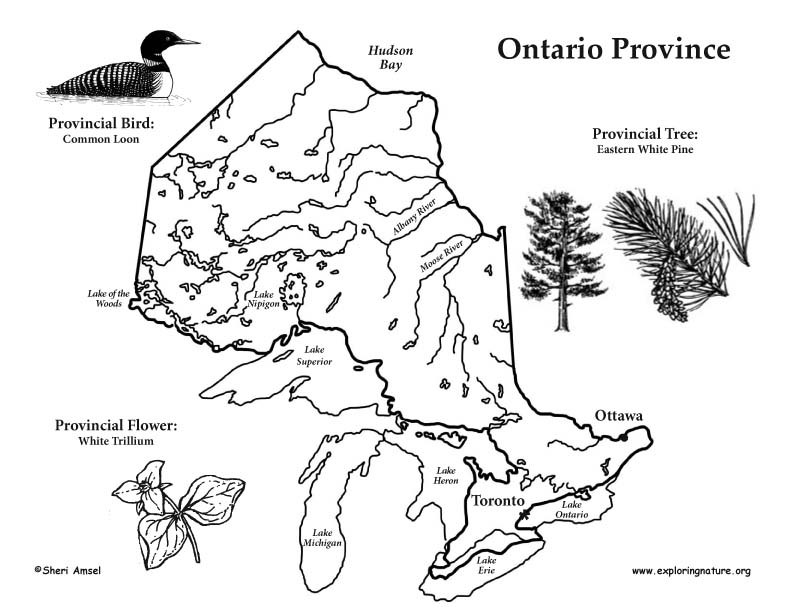 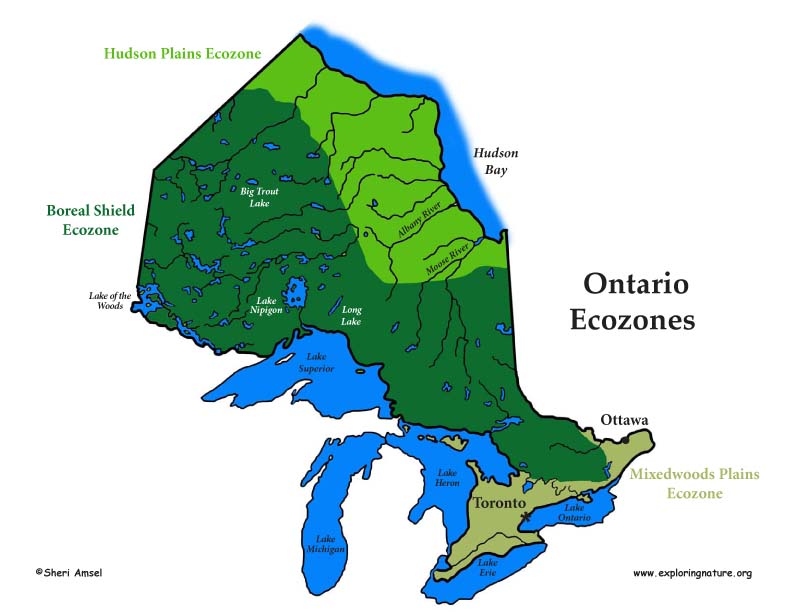 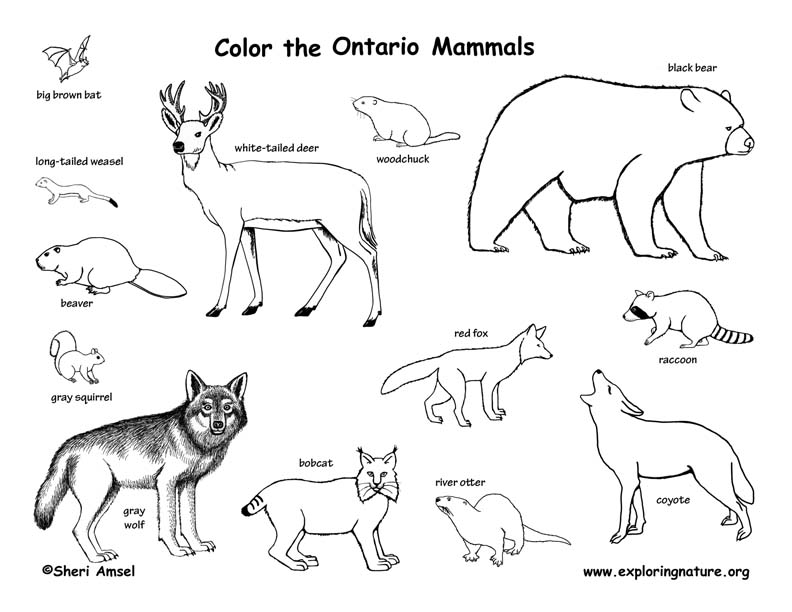 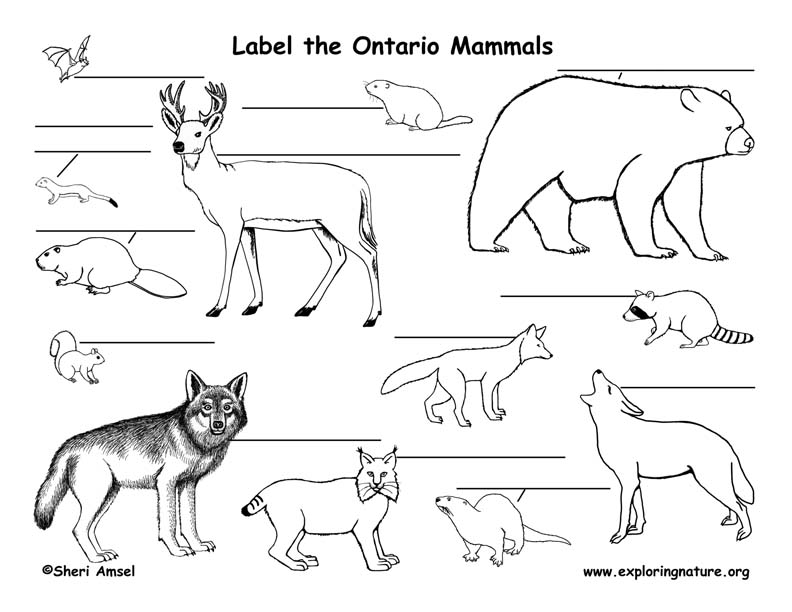 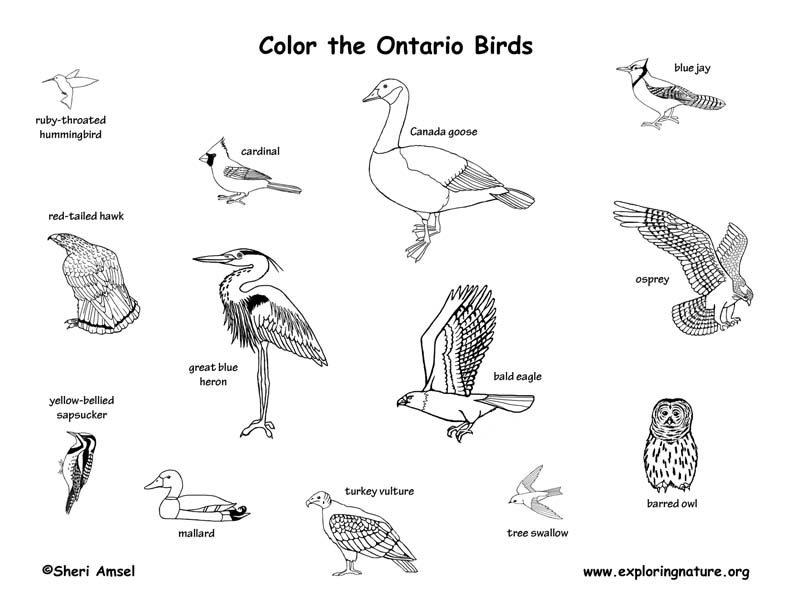 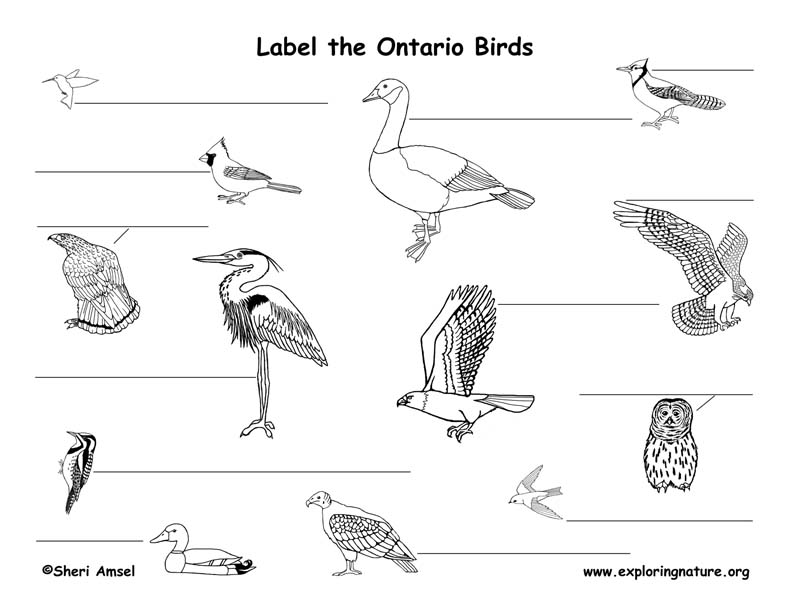 For more details about Ontario's amphibian and reptile: LINK 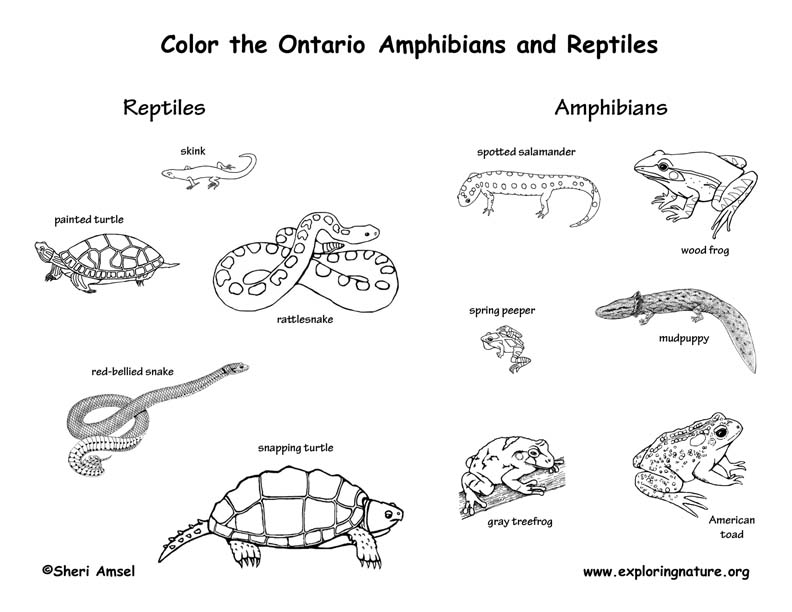 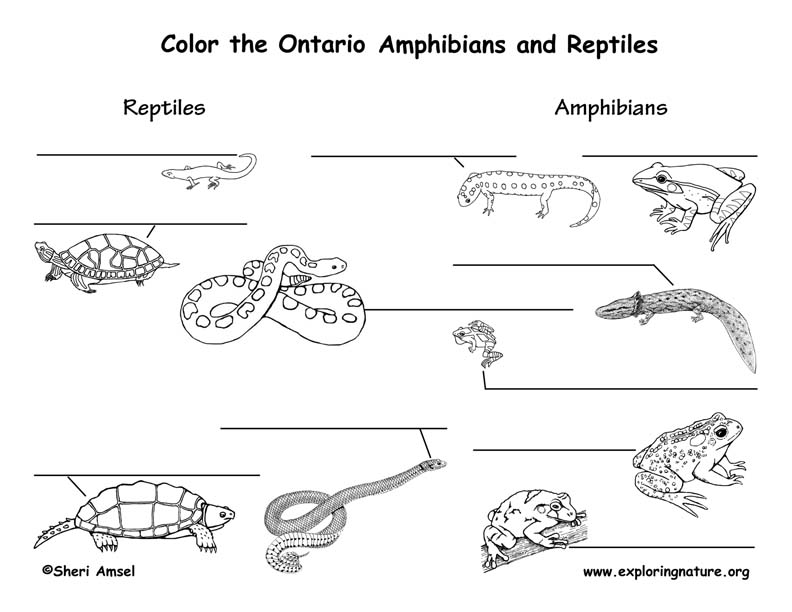 Using Wild Science as a guide, we invite you to rediscover your sense of wonder about the natural world and share it with the children you know.

©2005-2022 Sheri Amsel. All rights reserved.
The material on this site may not be reproduced, distributed, transmitted, cached or otherwise used for anything other than free educational use. It is not to be used for sale or profit of any kind. If you are unsure whether your use of site materials violates the exploringnature.org copyright, contact Sheri Amsel for prior written permission at sheri@exploringnature.org. Thank you for respecting copyright laws.
Site Developed by Eli Madden
Page ID: 1767
IP: 3.236.107.249