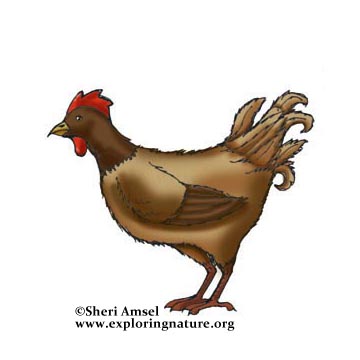 Chickens were tamed (or domesticated) from rainforest birds called "red junglefowl." They live together in a flock, often warming (incubating) eggs and raising young as a group. Chickens usually lay one egg per day. In a flock, the stronger birds rule the rest of the flock. This is called the pecking order. Chickens need a place off the ground at night to sleep. This is called roosting. They are often preyed on by foxes or raccoons, so its good to have a roost with a door that closes the chickens in at night. Roosters watch over the flock of hens they live with. If a sudden noise alarms them, they will crow, day or night.

Chickens are birds with wings and covered with feathers. They can fly, but not very well. They use flight to escape fences or predators, but cannot go far. They have a red, fleshy crown called a comb and a red fleshy beard called a wattle.

Chickens give us eggs and meat. 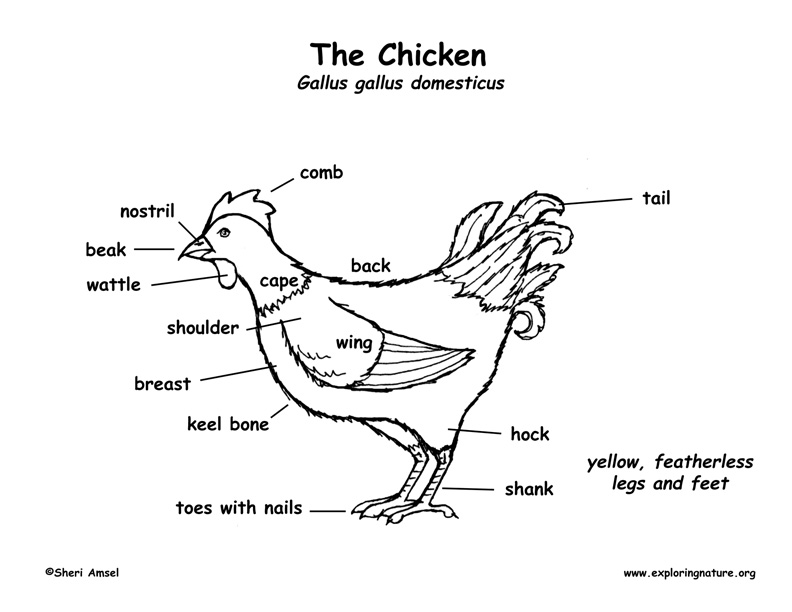 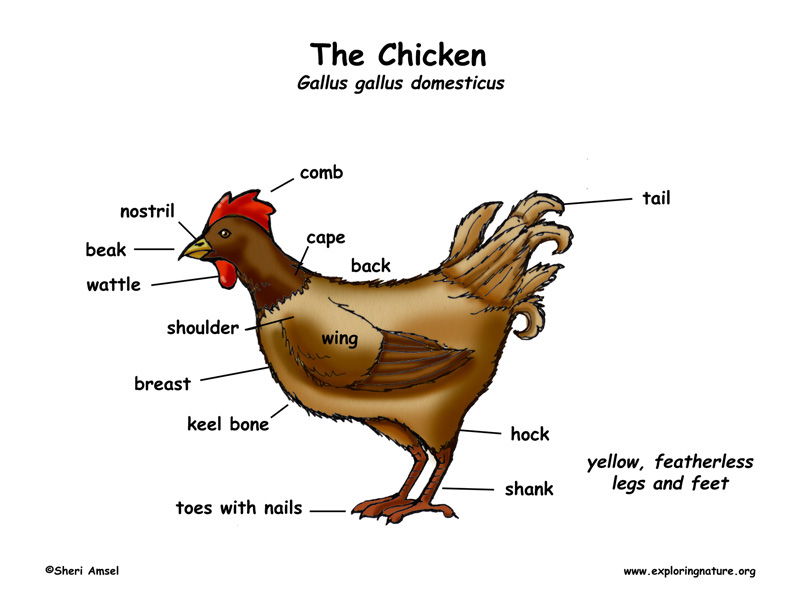 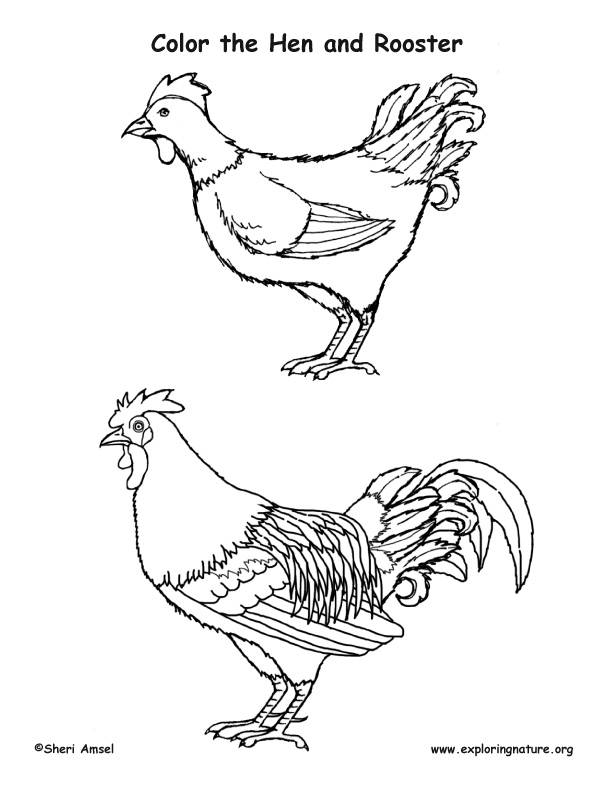 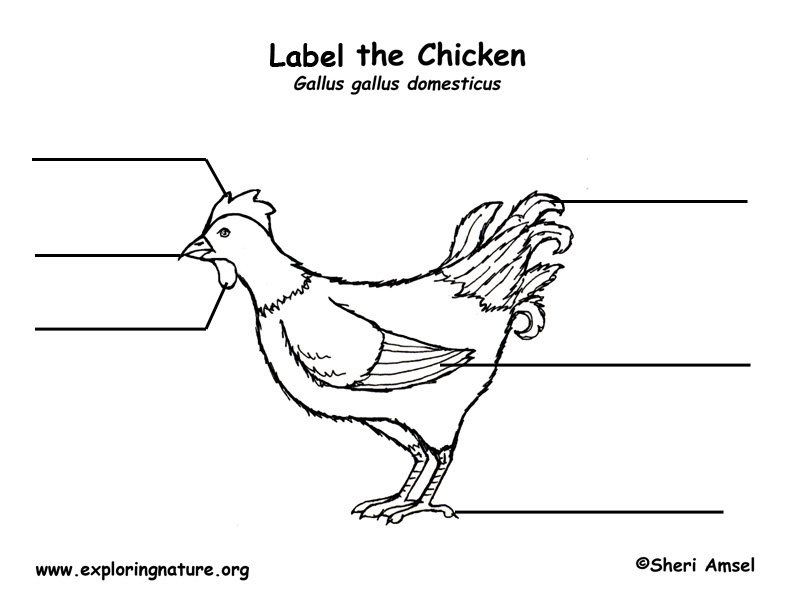 ©2005-2022 Sheri Amsel. All rights reserved.
The material on this site may not be reproduced, distributed, transmitted, cached or otherwise used for anything other than free educational use. It is not to be used for sale or profit of any kind. If you are unsure whether your use of site materials violates the exploringnature.org copyright, contact Sheri Amsel for prior written permission at sheri@exploringnature.org. Thank you for respecting copyright laws.
Site Developed by Eli Madden
Page ID: 673
IP: 3.229.117.149