Domestic dogs began as a wild species 20,000-40,000 year ago. Scientists are not exactly sure when or how often they were first domesticated, but it is clear it first happened while humans were still hunters and gatherers and had not yet settled down into agricultural communities. In fact, dogs may be the only species that was domesticated while human were still in their hunter-gatherer phase of development.

DNA studies have shown that the first wolves to begin the domestication process may have been genetically different. One theory is that a genetic variability in their population yielded a less aggressive temperament. Able to tolerate being near human settlements without aggression allowed this population of wolves to scavenge from camp waste areas. This provided a selective advantage. It kept more of them fed, alive and able to reproduce, passing on their milder temperament to their offspring – an inheritable trait, as such. This differential reproduction would have kept the friendly wolf pack thriving and in the proximity of early humans.

The presence of friendly wolves nearby may also have benefited the humans. Considering how territorial wolf packs are, they may have acted as an early warning system for the humans when threats entered the area, such as grizzlies, other wolf packs, mountain lions, even other unfriendly human groups. In this way, the humans and wolves would have developed a kind of symbiotic relationship.

In this same way, the friendly wolves, with physical traits that appealed to the humans, such as curly tails or floppy ears may have benefited them with a closer relationship with the humans over time. Being fed and given a place by a warm fire would have given them an even greater selective advantage. Research shows that these physical changes happen in only a few generations given the selective advantage and resulting differential reproduction. 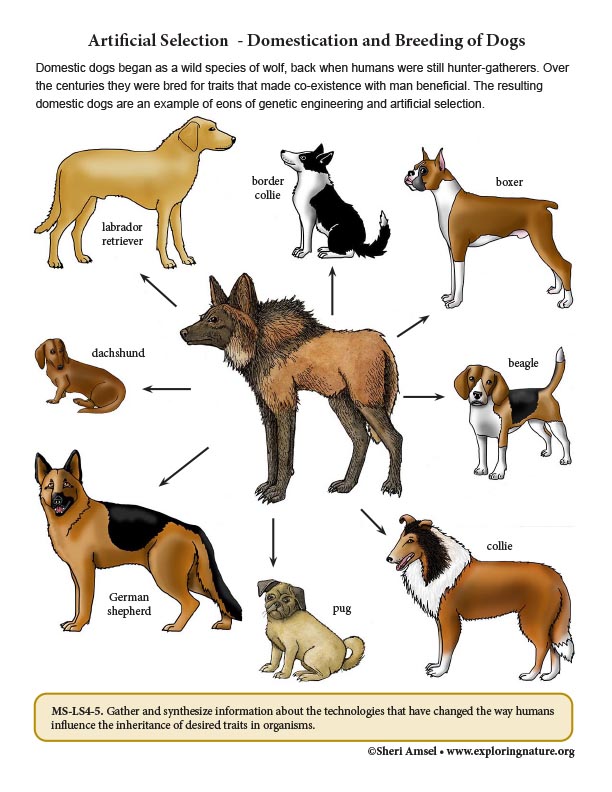 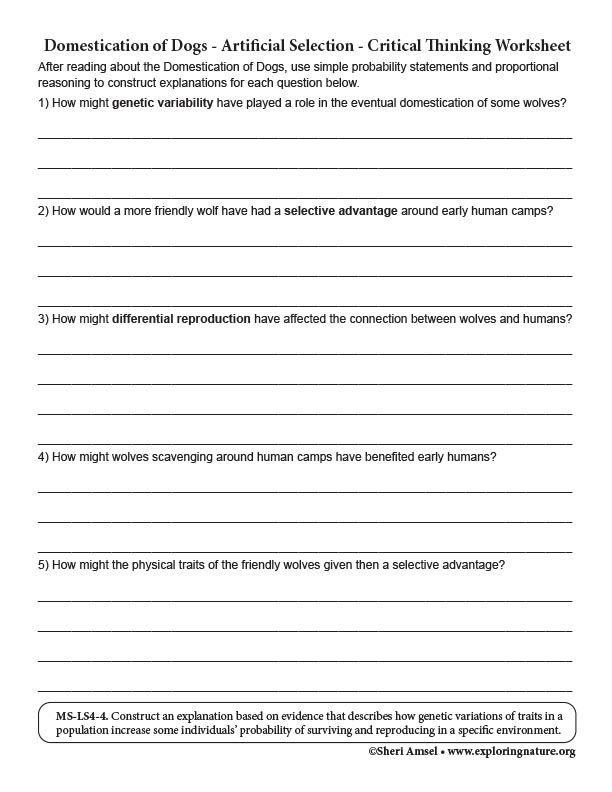 ©2005-2022 Sheri Amsel. All rights reserved.
The material on this site may not be reproduced, distributed, transmitted, cached or otherwise used for anything other than free educational use. It is not to be used for sale or profit of any kind. If you are unsure whether your use of site materials violates the exploringnature.org copyright, contact Sheri Amsel for prior written permission at sheri@exploringnature.org. Thank you for respecting copyright laws.
Site Developed by Eli Madden
Page ID: 6220
IP: 3.235.176.80