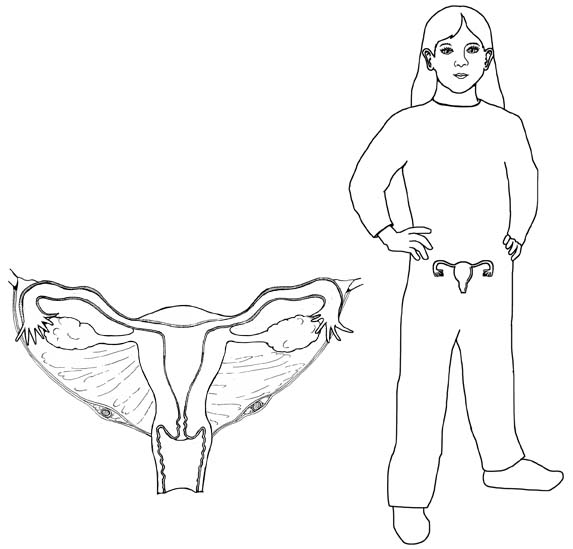 In girls, the primary sex organs are the two ovaries. The ovaries release the eggs. They are also endocrine glands that make the hormones estrogen and progesterone. The accessory sex organs include the uterus, uterine tubes (also called fallopian tubes), which bring the egg to the uterus, and the vagina. These organs deliver the egg and create an environment for the sperm and egg to unite to grow a baby.

The ovaries are each about the size of an almond and sit on either side of the uterus in the abdomen. A girl is born with all the eggs she will ever have in her two ovaries. She does not make any more eggs in her lifetime the way a boy makes sperm throughout his life.  A girl’s ovaries may have as many as 700,000 eggs in them when she is born, but she will only release about 500 in her whole lifetime.

When a girl reaches puberty at between 10-15 years old, the ovaries will begin to release the hormones estrogen and progesterone. These hormones will wake up the reproductive system and many things begin to happen.

When puberty is complete, a girl has reached her adult form.

When an egg is released from the ovaries each month, it is called ovulation. At ovulation, the egg is gathered up by the fimbriae into the uterine tube where it travels down into the uterus. The uterus prepares itself for a fertilized egg every month, it’s inner wall, called the endometrium, ready to receive and implant it.

If the egg is fertilized by a sperm, it happens in the uterine tube before it reaches the uterus. Then it will implant in the wall of the uterus and begin to develop into a fetus. A girl’s reproductive system is much more complicated than a boy’s because her body will hold and care for a growing baby if one of her eggs is fertilized.  If the egg is not fertilized, the endometrium layer of the uterus will begin to break down and another menstrual cycle will begin.

This marks the end of one menstrual cycle. Then it will start all over again.

Pregnancy or gestation period is the time between fertilization and the birth of the baby. That first cell that results from a sperm and egg getting together at fertilization is called a zygote. It contains half of its genetic from each parent. The zygote grows over the next few weeks into an embryo. At nine weeks it is called a fetus. After 280 days (and birth) this single cell has become an infant.

For the nine months after fertilization, this cell lives and grows inside the uterus of the pregnant woman. Many things happen during that time. While it grows and develops, it gets all its oxygen and food from the mother through the placenta. The placenta is an organ that only develops during pregnancy. Through the placenta, a developing baby gets a little bit of anything the woman takes into her body. This includes oxygen, food and even medicine. This is why pregnant women have to be very careful. Alcohol, drugs, and even illnesses, like measles, during pregnancy can get through her bloodstream and affect the growing baby. During the nine months of pregnancy, the woman’s body is changing too. For the first three months she may experience a queasy feeling, especially in the morning. This is referred to as morning sickness and is common among pregnant women.

Over the next few months, the fetus grows and pushes the internal organs aside. At night, when the woman is lying down, the baby can press down on her stomach, bladder and intestines and make her uncomfortable. She may have to urinate more often. Some foods won’t taste good and she may not be able to eat much at one time. Her breasts will grow in preparation for feeding the baby. By the end of the pregnancy, her feet may be swollen and she may be pretty tired. Pregnancy can be hard on a woman’s body. After nine months, the baby is fully developed and ready to be born. The muscular layer of the uterus – the myometrium contracts to push the baby out into the world. A woman’s first birth can take at least 14 hours of labor before the baby is ready to be delivered.

When the baby is born, it takes its first breath and its lungs open up and start to work. The placenta, which was attached to the baby through the belly button, can then be separated from the baby. Now that it is separate from its mother, the baby will get hungry. The mother’s breasts, stimulated by hormones, start to make milk and soon after the birth she can begin to breastfeed her new baby. 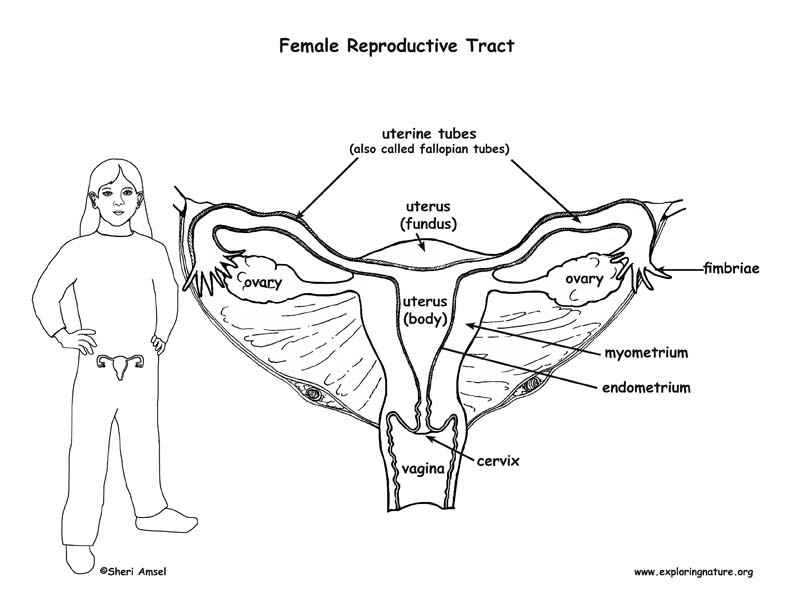 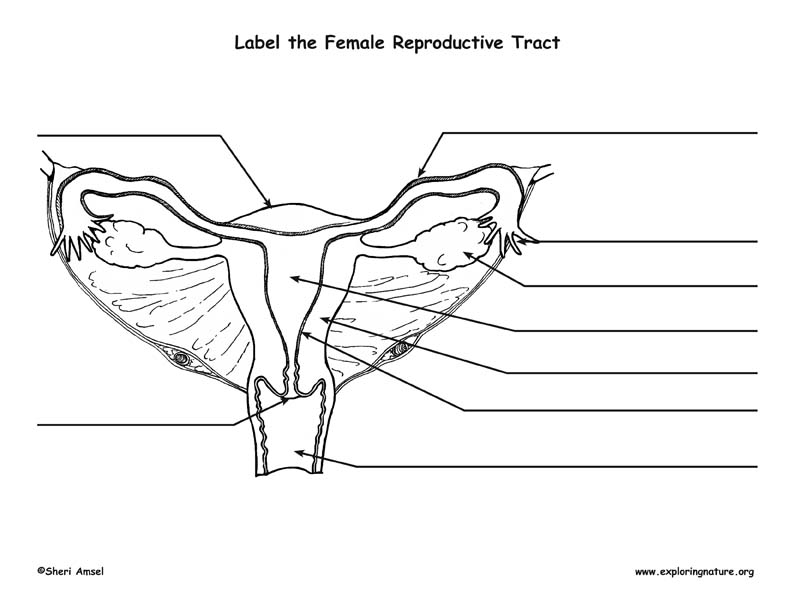 ©2005-2023 Sheri Amsel. All rights reserved.
The material on this site may not be reproduced, distributed, transmitted, cached or otherwise used for anything other than free educational use. It is not to be used for sale or profit of any kind. If you are unsure whether your use of site materials violates the exploringnature.org copyright, contact Sheri Amsel for prior written permission at sheri@exploringnature.org. Thank you for respecting copyright laws.
Site Developed by Eli Madden
Page ID: 4582
IP: 44.192.38.49