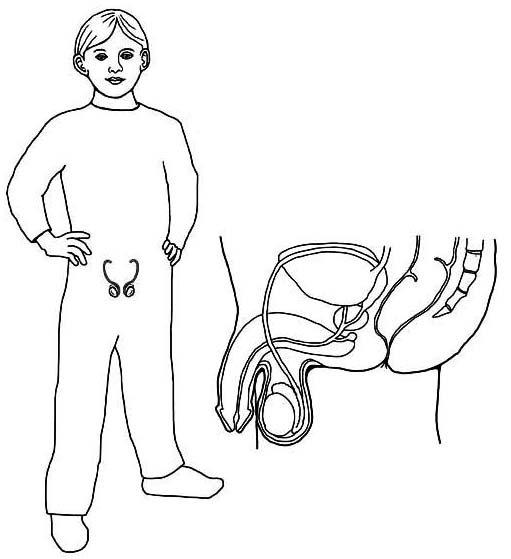 The organs of the reproductive system include a pair of primary sex organs and their accessory sex organs, such as glands, ducts and the sex organs on the outside of the body – the external genitalia or genitals.

Puberty is the process where sex hormones are released and begin to act on the sex organs until they become fully developed. This phase of life is also called adolescence. When a person reaches sexual maturity, they can then have children of their own. The age that puberty begins and how long it lasts varies from person to person.

In boys, the primary sex organs are the two testes (also called the gonads or testicles). The testes make sperm (or spermatozoa). They are also endocrine glands and make the hormone testosterone. All other sex organs – the other glands, ducts and the penis are accessory sex organs and act to protect the sperm and deliver it to the egg for fertilization. Fertilization is when a female’s egg is made ready by a male’s sperm to make new offspring.

The testes are protected by two fibrous layers with a tough outer sac called the scrotum. Inside, the testes are made up of long, coiled seminiferous tubules in which the sperm are made. Outside of the testes, but still inside the protective scrotum, is another coiled tube called the epididymis. This is where sperm that are made in the testes are stored and mature. After a boy passes through puberty, his testes will make sperm for the rest of his life. When the sperm are needed for ejaculation, they travel from where they are stored in the epididymis through a long, muscular tube, called the vas deferens (also called the ductus deferens).

The sperm pass by three accessory glands which secrete a liquid called semen. Semen provides a medium in which the spermatozoa can swim using a beating tail to propel each forward. The three accessory glands in order of passage are the seminal vesicle, prostate gland and bulbourethral gland. As the sperm pass through the prostate gland, the tube in which they travel is then called the ejaculatory duct. Soon after it joins with the urethra coming from the urinary bladder before making its way out of the penis. To clarify, urine also comes out of the penis, but it comes from the bladder and not the testes.

Each sperm contains a set of the male’s genetic code (just as an egg contains that information from the female). So the sperm provides just half of the information needed to make a new person.

When a boy goes through puberty at about 14 years old, the testes begin to release the hormone testosterone. Testosterone wakes up the reproductive system and many things begin to happen.

When puberty is complete, a boy has reached his adult form. 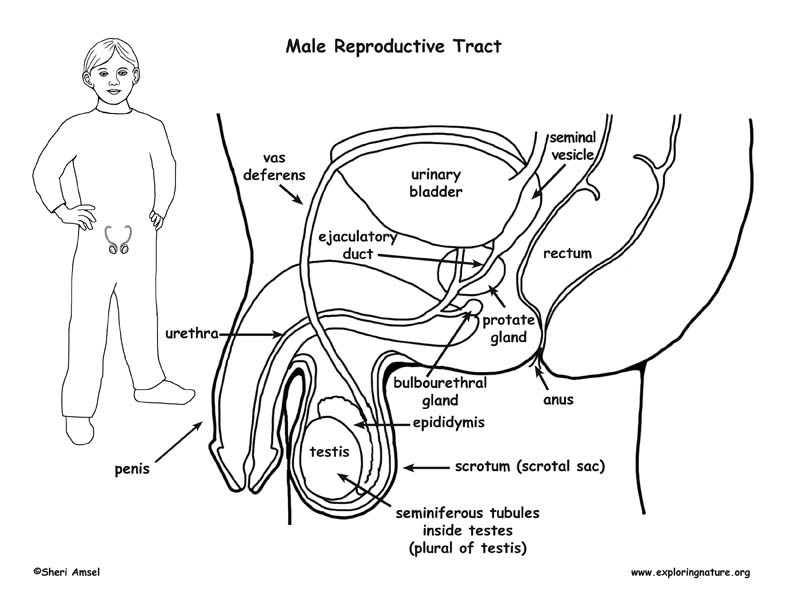 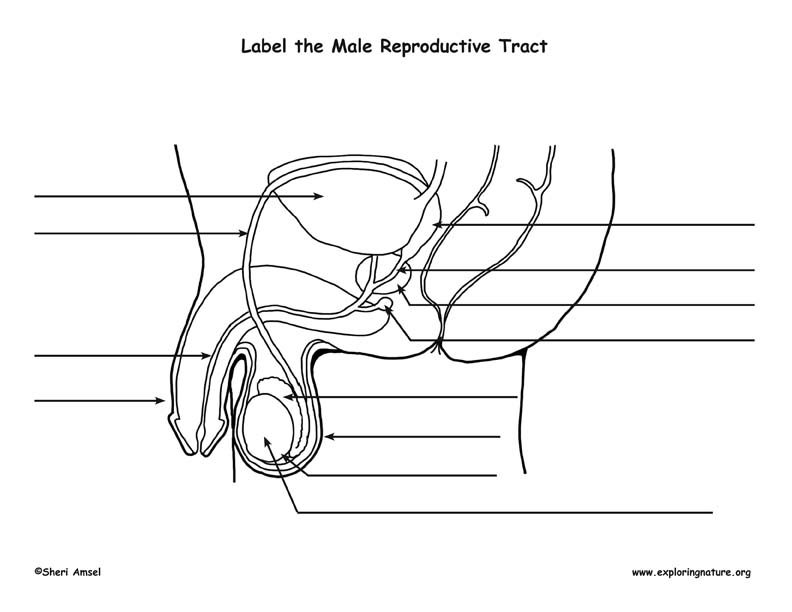 ©2005-2023 Sheri Amsel. All rights reserved.
The material on this site may not be reproduced, distributed, transmitted, cached or otherwise used for anything other than free educational use. It is not to be used for sale or profit of any kind. If you are unsure whether your use of site materials violates the exploringnature.org copyright, contact Sheri Amsel for prior written permission at sheri@exploringnature.org. Thank you for respecting copyright laws.
Site Developed by Eli Madden
Page ID: 1072
IP: 3.222.251.91