The Roles of Water in Earth’s Surface Processes (Grade 2)

ESS2.C: The Roles of Water in Earth’s Surface Processes - Water is found in the ocean, rivers, lakes, and ponds. Water exists as solid ice and in liquid form. (2-ESS2-3)

As a standard for Grade 2, this concept might be a better read aloud with visual aids (included below).

Earth is a very wet planet. That is a good thing, as most living things need water to survive. Most of the water on Earth is salt water found in the ocean (97%). Only a small amount of Earth’s water is freshwater (3%). Of that small amount of freshwater, more than half of it (65%) is found frozen in glaciers and ice caps. About a third of freshwater (30%) soaks into the soil and runs underground as groundwater (aquifers). This is where we get our drinking water when we dig a well. The rest of the Earth’s freshwater flows in waterways above the ground. This is called surface water. We see it in lakes, ponds, rivers and streams (.3%) Most surface water is found in lakes (87%). Some is found in wetlands: swamps, bogs, and marshes (11%). A small amount found in rivers and streams (2%).

Water on Earth is found in three different forms (or phases). There is liquid water, solid ice and water vapor (gas). Water can change back and forth between each of these phases. Water changing phases is driven by the heat of the sun or the cooling temperatures of winter.

Water falls from the sky as rain which is a liquid – or as snow or hail which are solids. Water collects as a liquid in oceans, lakes, ponds, rivers, streams and wetlands. Water is found in its solid form as ice in glaciers, snow caps and as sea ice in the cold places around the world. With help from the sun, water in all these phases is always changing into vapor and moving up into the atmosphere to form clouds. This is called evaporation. As water vapor rises, it cools. As it cools, water vapor turns back into liquid water in the clouds. Then the clouds release it as rain (or snow in colder places). This ongoing cycle is the called the water cycle.

The water cycle has kept roughly the same amount of water on Earth throughout all time. 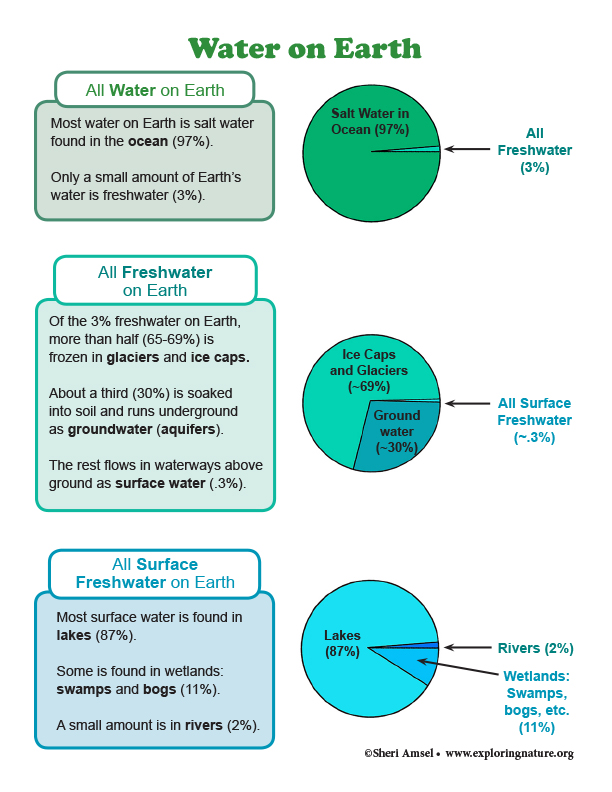 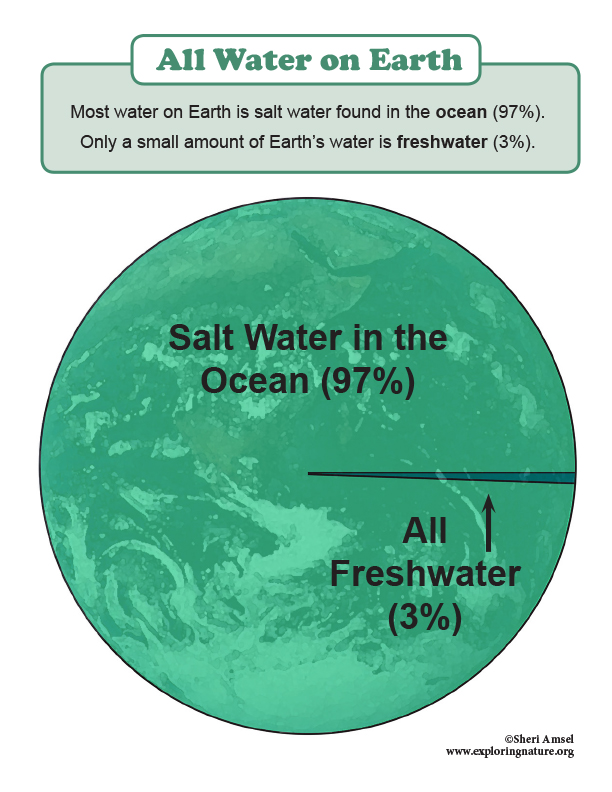 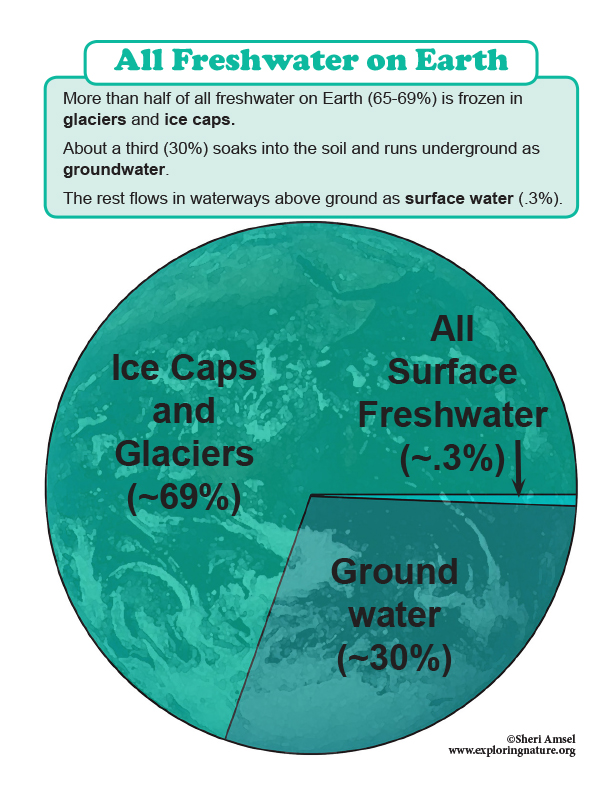 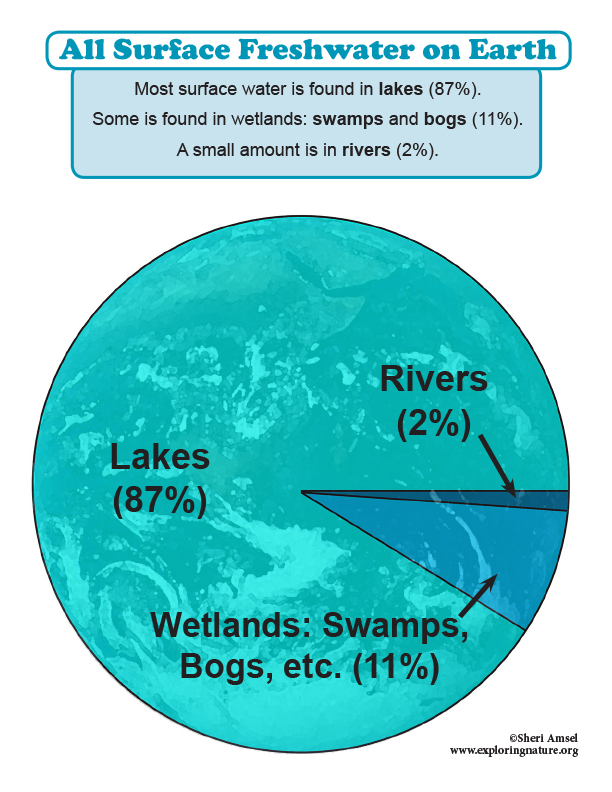 ©2005-2022 Sheri Amsel. All rights reserved.
The material on this site may not be reproduced, distributed, transmitted, cached or otherwise used for anything other than free educational use. It is not to be used for sale or profit of any kind. If you are unsure whether your use of site materials violates the exploringnature.org copyright, contact Sheri Amsel for prior written permission at sheri@exploringnature.org. Thank you for respecting copyright laws.
Site Developed by Eli Madden
Page ID: 5799
IP: 34.239.167.149