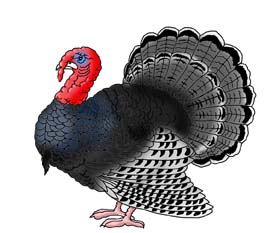 They are native to North America and were introduced around the world. Domestic turkeys are bigger than their wild relatives and cannot fly as they do. Turkeys make a gobbling sound when startled or attracting a mate. Males also display to females by spreading their tail feathers and strutting about.

They are often white, compared to wild turkeys that are brown. They are covered with feathers except on their fleshy head and neck. The loose, bumpy skin on the head and neck can be bright red and even blue around the face. This is called the caruncle and can turn even brighter when the turkey is upset or attracting a mate. A flap of this skin hangs down over the beak and is called the snood. The part hanging under the neck is called the wattle.

They are omnivores eating both plant matter and insects.

Turkeys give us meat and feathers and more turkeys! 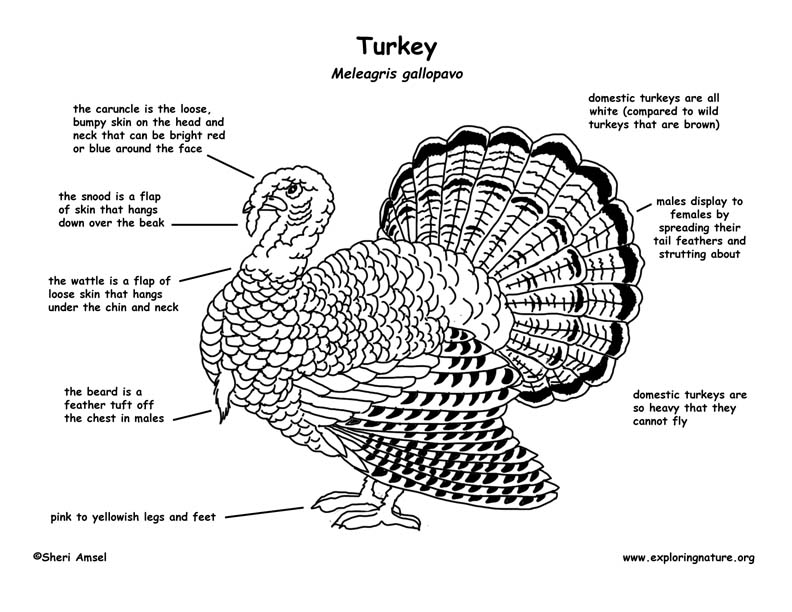 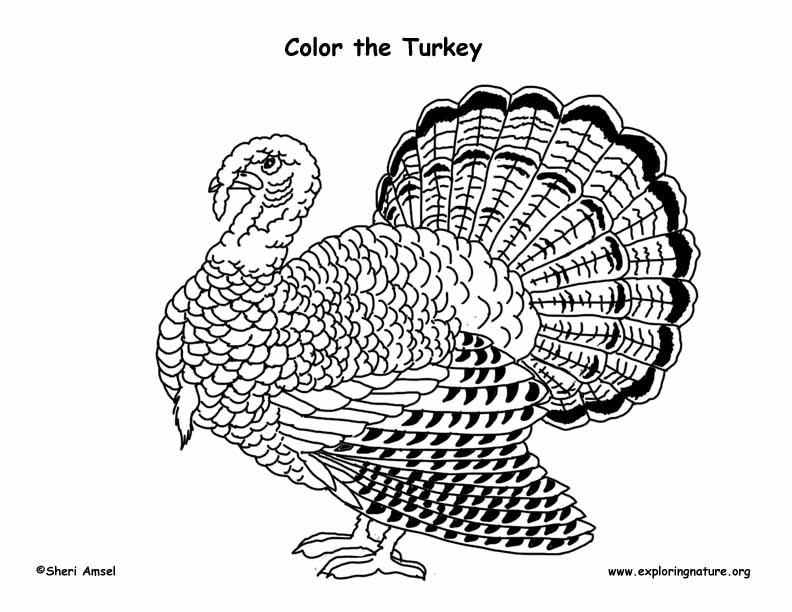 Turkey How to Draw Page with High Resolution PDF

The Sound That Turkeys Make

©2005-2022 Sheri Amsel. All rights reserved.
The material on this site may not be reproduced, distributed, transmitted, cached or otherwise used for anything other than free educational use. It is not to be used for sale or profit of any kind. If you are unsure whether your use of site materials violates the exploringnature.org copyright, contact Sheri Amsel for prior written permission at sheri@exploringnature.org. Thank you for respecting copyright laws.
Site Developed by Eli Madden
Page ID: 674
IP: 3.229.117.149