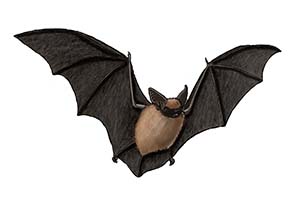 They are found in the western United States from southern Washington state south through Mexico. They can be found as far east as western Texas, Oklahoma, Utah and southern Colorado.

They live in a diverse range of habitats but are common in arid, western habitats; deserts, canyons, rocky outcrops, brush lands, etc. They are also found in grasslands and dry forests.

They are small bats, from about 2.5 – 2.75 inches long (63-70 mm). Their fur is brownish-gray. The face is dark and leathery as are their ears and wings (patagium). Females are larger than the males.

They roost (and hibernate) where they can in old mines, old rodent burrows, rock crevices, and buildings. They have a slow, fluttering flight foraging for insect near their roosts. They hunt at dusk, at night and at dawn, so are more often seen by humans. They are so small that they can be mistaken for large moths. They do not come out in strong winds.

They eat whatever insects are available at different times throughout the season. They hunt using echolocation. Their diet makes them beneficial to man.

They are eaten by owls and even larger bats.

They mate in the fall, but females store the sperm until spring when they become pregnant for about 7 weeks (gestation). They gather in nursery colonies, having 1-2 tiny offspring in June-July. The pups grow to adult size and attain flight in about a month. They are weaned from their mother’s milk when they can fly.

They are endangered in their temperate North American range from white nose syndrome, a fungal infection that wakes them from hibernation, using all their reserve energy before their food source is available. 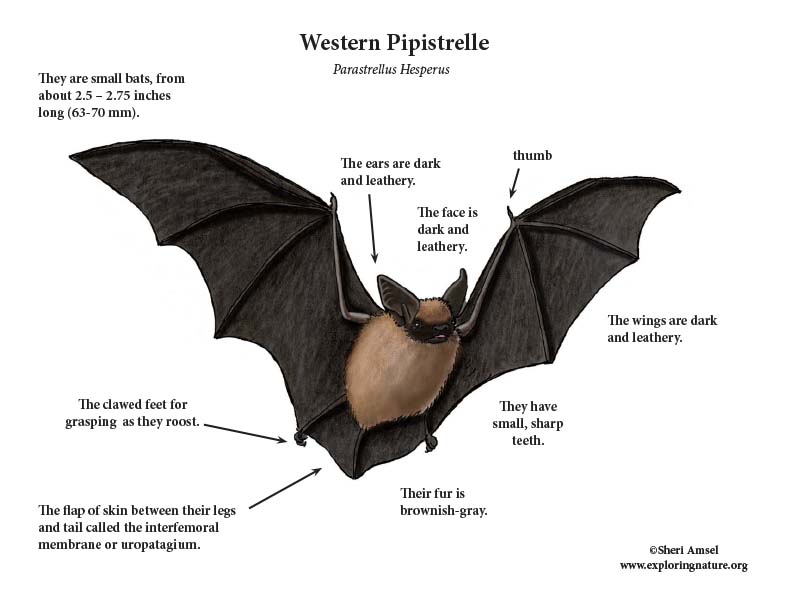 ©2005-2023 Sheri Amsel. All rights reserved.
The material on this site may not be reproduced, distributed, transmitted, cached or otherwise used for anything other than free educational use. It is not to be used for sale or profit of any kind. If you are unsure whether your use of site materials violates the exploringnature.org copyright, contact Sheri Amsel for prior written permission at sheri@exploringnature.org. Thank you for respecting copyright laws.
Site Developed by Eli Madden
Page ID: 6463
IP: 18.207.238.28